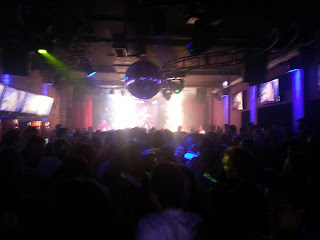 "2013 Kiss Nightclub Fire in the Land of the Future – Fogo em Boate Kiss 2013, Terra de Futuro" is an ebook about the brutal tragedy occurring at Kiss Nightclub located in Santa Maria, a University town. Authors Bruno Ferreira and Moreira C. J. Ferrero give you an eye-witness account of the blaze inferno taking place in the early hours of January 27, 2013. Students and young professionals are back from their Summer vacation. As common in Brazil, throwing a huge party is the name of the game for all self-respecting and socially connected young individuals. Thousands of beautiful young men and women crwod Kiss Nightclub where a band was playing great music. When the members of the band had a mishap with the pyrotechnic display, all hell broke loose. General panic! Bedlam! Stampede and Trampling were the last attempts to exit the security-protected establishment. Authors Bruno Ferreira and Moreira C. J. Ferrero write about hope, the pain in the parents and friends' faces in the land of the future. Yet, in the background, life must go on. The carnival season is just around the corner. FIFA and IOC still believe that Brazil can organize the 2014 soccer world cup. No time to doubt the organizational powers of this gigantic South American land of dreams. Brazil is mourning her losses, but the show must go on. Watch Videos of Kiss Fire at http://frenchlessonpodcast.libsyn.com and http://haitiancreolemp3.libsyn.com

Condolences to the people of Brazil and Santa Maria! Justice for the young men and women!!!

"When rescuers and the authorities were finally able to enter the club, they witnessed a scene of desperation and complete chaos as more and more bodies were discovered in the restrooms. Brazil’s Globo opined that the revelers were looking for a way out. There were bodies that went all the way to the back of the club. The fire turned the nightclub into a deathtrap for all of these concertgoers. Many died of asphyxiation as toxic gases and smoke overwhelmed the trapped partygoers.

One thing is clear. Improvised pyrotechnic performances inside nightclubs should be banned. That’s the common thread between all those tragedies and losses of human lives. Pyrotechnics display has no place inside a nightclub. Concerts organized en plein air are other things.

President Dilma Roussef wants to know what went wrong and how to prevent such future tragedies. She is giving the full support of the Federal government. She spent a major part of her life in Rio Grande do Sul, the southern part of Brazil. Brazilian officials have already started to investigate the causes of that deadly fire. They want to know whether the fire sprinklers were working. They want to know whether the security guards truly impeded the public’s exit in case of emergency. According to Globo, the nightclub’s permit verifying health and safety standards was expired months ago. Authorities will also have to review how they go about the enforcement of safety standards in the whole country. As the world’s eyes are on Brazil from now on due to the upcoming world cup and Olympic games, they may have to take a deeper look at those standards and practices again. The world’s best athletes will be in most Brazilian buildings, stadiums, and hotels.

Now it is time to march and ask for justice for their loved ones. Wearing white, Brazilians walk the streets of Santa Maria to ask that such nightclubs be more regulated."