Authors, Charles J. Desmangles and Kevin Levin, have done a great job writing this novella in Haitian Creole, Spanish, and English. Bouki and Malis Turned Boat People:Bouki ak Malis Pran Kanntè. It is based on the plasticity and richness of the Haitian folklore. Two of the most recognizable characters of Haitian folktales play a central role in this story. 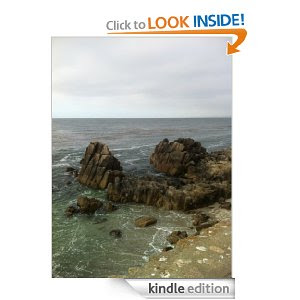 In this novella, the authors show Bouki's desperation and push factors contributing to his agreement with a sleek, sophisticated local criminal and people smuggler / trafficker known as 'Captain Katastwòf Natirèl.' Bouki was deep in debts because he wanted to maintain a lifestyle he could not afford on the meager catches of a fisherman. Caught and deported several times by U.S. Border and Coast Guard, Captain Katastwòf Natirèl (Captain Natural Catastrophe) was on a black list. Bouki thought he was smart enough to pull this trip on his own. He refused to be known as the butt of his brother's jokes, a simpleton, a fool. He did not want Malis, his intellectual brother, to know about the details of that trip. All the while, Malis never hesitated to put him down and make him realize that he needed his expertise, language skills, and critical thinking.

Charles J. Desmangles and Kevin Levin interweave elements of the Haitian culture in this remarkable Haitian Creole, Spanish, English novella. Things must have been really harsh in Haiti if these two famous characters of the Haitian folklore finally decide to leave the country on a perilous raft to cross illegally to the U.S. shores. When faced with an upcoming storm, Captain Katastwòf Natirèl led his crew to Santiago, Cuba to seek temporary refuge. He forced everybody to learn Spanish in order to pass for Cuban refugees. Will Booki, Malis and Captain Katastwòf Natirèl make it to the dry grounds of Florida?

This story is set against the backdrop of Haiti's devastated agriculture, political upheavals, insecurity, presence of UN troops or Minustah, series of natural disasters such as hurricanes and 2010 earthquake, barren lands and tree-less mountaintops causing widspread floodings, destroyed ecology, infrastructures and educational institutions with a local population that depends more and more on imported goods and used clothes euphemistically known as 'pèpè.'

In this novella, the authors also implicate and relate the complicity of the catholic church whose priest, Father Francois, refuses to use Haitian Creole and French in his mass in his dogged efforts to cater to a dwindling but rich and powerful group of Latin language enthusiasts, les Bourgeois Commercants Mulattres (native Haitians of Syrian, Lebanese and.. descent). He did not heed Professor Malis' advice to start leading mass in Creole just like the Voodoo priests and protestant churches do all over the country with great success. What's worse is that Father Francois never said a word or raisee his stubby pinky finger against the clandestine smuggling and chaperoning of Haitian children who took these rickety boats to get reunited with their parents in Miami. Sister Marie Lafontant made her money chaperoning children and paid the priest under the table without counting her generous tithes to the church.

Now you can find out whether Bouki shows any signs of intelligence here:

“They said that I am supposed to pass the shark test too,” Bouki said to Malis.

“What are you talking about?” Malis asked.

“I was told that it is a test developed by the American authorities to separate Cubans from Haitians. They say that sharks like Haitians’ blood and flesh. They eat Haitian migrants whose boats capsize in high seas between Haiti and Bahamas. “

“Come on, Bouki, think straight. Respect yourself. It looks like you are losing your consciousness, you are coming in and out of consciousness. It appears that the waves of the sea and the crossing made you lose your mind. Americans are not like that! Where can they find these sharks?”

“Malis, I am not crazy. You always think I am crazy!”

“I am a fisherman, but I am afraid of sharks. Their teeth are like saws.”

“Hello Bouki, you are no longer on the ocean now. You are on firm U.S. soil!”

Professor Orosco and Malis continued to teach Spanish lessons. Malis had a lot of problems teaching the illiterate group. They were supposed to memorize a lot of lessons. It was the only way to teach them.

“¿Cúantos niños tiene ud.? – Konbyen timoun ou genyen?” (“How many children do you have?”)

“¿Porqué quiere entrar a los Estados Unidos de América? - Poukisa ou vle antre Ozetazini?” (“Why do you want to go to the U.S.A?”)

“Si nou tande ekspresyon sa-a nan bouch ajan ki sou bato ameriken yo, sa vle di yo kenbe nou. Yo ka pimpe nou an Ayiti,” Pwofesè Orosco anseye. “Sa vle di m pral an Ayiti avèk nou si yo dekouvri nou se Ayisyen. Nou sipoze di nou se Kiben ki pale panyòl.” (“If you hear this expression from the mouths of the U.S. agents, that means they caught us. They can send us back to Haiti,” taught Professor Orosco. “That means I am going to Haiti with you if they find out that we are Haitians. You are supposed to say you are all Spanish-speaking Cubans.”)

(Permission obtained from the authors of this novella. No reproduction without permission.)