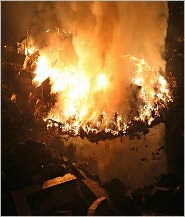 Book Review: Buy a copy of this book as a Nook book from Barnes and Noble right here 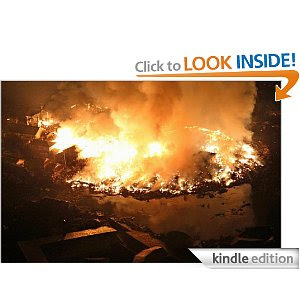 Purchase a copy of this ebook from Smashwords right here

"1802-1803: Pauline Bonaparte’s St Domingue Stay, Parisian High Society and Voodoo Exploits (A Short Historical Novel by Kevin Levin)". Fire! Fire Everywhere in St. Domingue! Married to Napoleon Bonaparte's right-hand man, General Leclerc, Pauline did not have much of a choice other than to board the ship that would seal her fate at St Domingue. Josephine de Bauharnais, her sister-in-law, won that round.

Having been combat-hardened by serving at one time or another under the flags of the Spanish and English forces battling the French for the control of the richest colony in the world, the few black rebel leaders (General Maurepas, Henri Christophe, Alexandre Petion, Capois La Mort, Biassou, Jean Francois, Dessalines, etc) quickly realized that they had to enter the phase of a total war - total change from the bottom up or a revolution.

On that cauldron that was St. Domingue (currently Haiti), the most beautiful woman of Europe had to devise ways to occupy herself. Pauline set out to conquer the men or soldiers who were fighting in her husband's army. She joined the high Parisian society in order to throw lavish parties in Le Cap and Port-au-Prince. But when she caught something and got sick, she let her friends introduce her to a slave voodoo priest and Voodoo priestess who came to perform an exorcism on her body. She confessed that she secretly loved some of the black generals, Toussaint and others, for their courage and determination.

Suspicious of his wife's dangerous liaisons and feelings for Toussaint L'Ouverture, Governor-General Leclerc invited him to dinner where the black general and his men were ambushed. Embarking the ship that would take him away, Toussaint L’Ouverture, the First of the Blacks, proclaimed, “In capturing me, you have only cut down the trunk of the tree of Black people’s freedom. It will spring up again by the roots because they are deep and numerous..”. The Black rebel leaders had to act upon the prophecy of Toussaint who was ambushed, summarily judged, condemned at a Fort-de-Joux tribunal and subsequently sent to the cold mountain of France to die. In his last days, he only had the loyalty of his servant who had been with him along. He made sure to hold his head and ease the passing of that great man, lover of freedom and equality, and a formidable avenger of the New World.

"Nous sommes tous les enfants de la Liberte," Said Jean-Jacques Dessalines who was at one time or another an English, Spanish, and French citizen before becoming a Haitian after freeing and renaming St. Domingue. 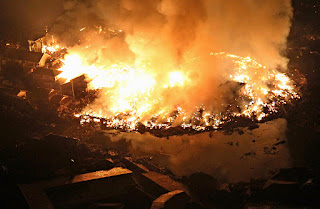